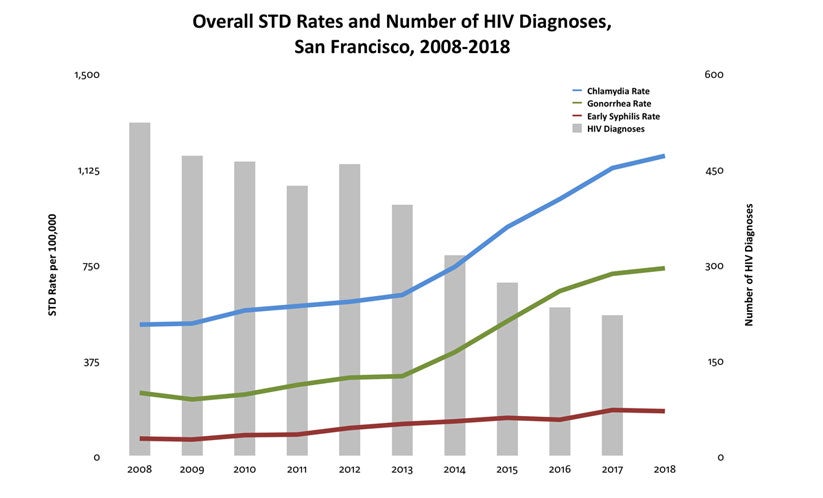 San Francisco was one of the first urban centers to see declines in new HIV diagnoses, with new HIV diagnoses reduced by half from 462 in 2010 to 221 in 2017.1 These decreases are due to citywide efforts to scale-up HIV testing and early and widespread HIV treatment, a strong linkage-to-HIV care program (provided by the SFDPH LINCS team), and access to syringes, condoms, and more recently PrEP (pre-exposure prophylaxis for HIV).

Across this same time-period, condom use has been declining among gay men and other men who have sex with men.  This decrease is likely because taking PrEP (if you’re HIV-negative) or maintaining an undetectable HIV viral load (if you’re living with HIV) can prevent HIV acquisition and transmission, respectively, during sex, regardless of whether or not condoms are used.

OTHER STI and HIV RELATED DATA

Please call 628-217-6600 during the hours below to schedule an appointment. Drop-ins are also accepted based on availability.

We are closed on all major holidays.